Migraines: How They Impact Your Work and Where to Find Relief

Migraines: How They Impact Your Work and Where to Find Relief 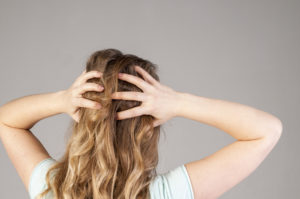 If you or someone you know suffers from migraines, you know just how severe they can be. They are much more than a really bad headache. In fact, they can be so intense and painful that you are forced to lie down in a cool, dark room until the pain eases up. This can have a negative impact on not only your social and family life but also your employment. When you consider the number of people suffering from migraines, you begin to understand what a huge impact this has on companies who have to compensate for their employees who get migraines. As many as 46 percent of people worldwide have a headache disorder.

Just what kind of impact do migraines have on the workplace? A study performed by the World Health Organization found migraines to be the cause of 1.3 percent of all years of life lost to disability. The American Migraine Study II reports that 9 out of 10 people with migraines have some kind of functional impairment when they have an attack.  Half of these said they needed bed rest to cope with their migraines As many as 31 percent said they missed a day of work or school during the previous three-month period because of migraines, and over half said they had a reduction of more than 50 percent in work and school productivity.

More proof of disability comes from the American Migraine Prevalence and Prevention study. This was a large population-based survey with most migraine sufferers (53.7 percent) reporting they had migraine episodes with severe disability and a need for bed rest. A mere 7 percent said they did not have any impairment. As many as 35 percent of migraine sufferers said they had at least one day where they had to restrict their activity because of migraines over a 3-month period.

As far as economic impact is concerned, migraines are associated with considerable costs to society in general because of the loss in productivity and the increase in health care costs. A study confirmed that an average annual disability of just under 4 bed rest days for men and a little over 5.5 days for women occurred each year. This totals 112 million days of people being bedridden because of migraines. When looking at missed workdays and the inability to function at optimum performance at the workplace, the annual cost of migraines to employers was $13 billion, with around $8 billion directly attributed to missed days of work. Costs directly associated with migraine care on a yearly basis were approximately $1 billion.

To learn more about the connection between head and neck injuries and migraines download our complimentary e-book by clicking the image below.

Why Migraines Are So Debilitating

Some may be wondering why migraines are so hard to cope with. What really are migraines? What symptoms are associated with them?

Migraines have the following symptoms:

Pain from migraines can be very severe and last anywhere from a few hours to a few days. Some people have an aura before the head pain hits. This is a type of warning sign occurring about an hour or so before the head pain happens. It can involve visual disturbances (blind spots, zigzag lines, and flashes of light) or tingling and numbness on one side of the face or the extremities.

Migraines often progress through four stages. Here is a brief overview of these phases and what they entail:

Alleviating the Disability from Migraines

Through research, a connection has been established between a misalignment in the bones of the upper neck and migraines. A study done on 100 migraine patients revealed that almost all of them recalled having some type of trauma to their head or neck. Upon examination, they were all found to have a misaligned atlas bone, the top bone of the neck.

A number of things can happen when this bone moves out of place. For one thing, it can act as a kind of hindrance, keeping blood and cerebrospinal from getting to and leaving the brain in proper amounts. Another problem that can occur has to do with the brainstem. The brainstem is the communication highway of the body. It is the main way the body and brain communicate. If the atlas is misaligned, it can stress the brainstem and cause it to send improper signals to the brain. Any of these scenarios can cause migraines.

The patients in the study mentioned above were all given adjustments by an upper cervical chiropractor. As many as 85 of them saw their migraines go away completely in just 1 to 8 months of care. We use a similar method to help our migraine patients. It does not require us to pop or crack the neck or spine. Rather, it is a gentle, low-force correction of the atlas bone. Our patients report similar results to those in the above study. The remaining patients in the study all reported a great improvement in the severity and frequency of their migraines.